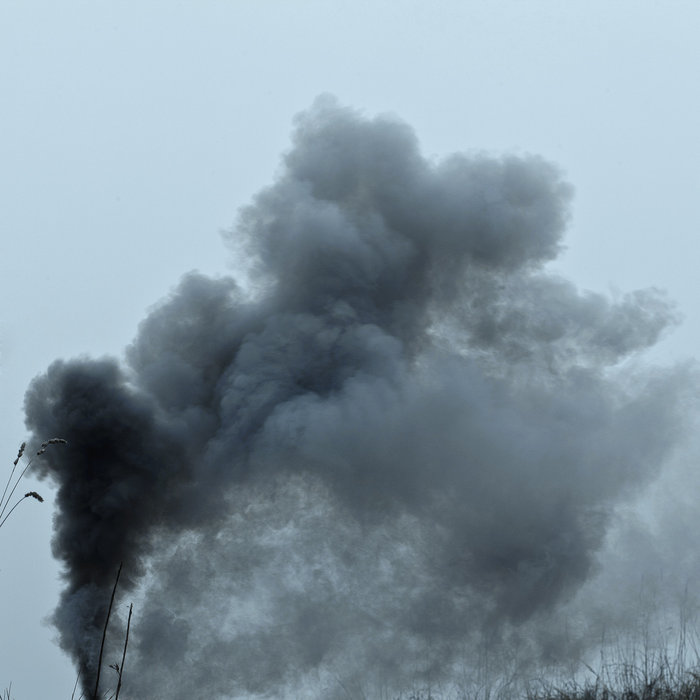 Giovanni Lami is a field recordist and musician from Ravenna in Italy, who works within the soundscape and sound ecology boundaries. He is also involved with the marvellous Zymogen label, working with artists such as Nicola Ratti, offthesky, Ten and Tracer, con_cetta, Letna and Marihiko Hara.

Giovanni graduated in Food Science and Technologies and in Photography. It was his photography qualification that first got him into the field of art, with numerous exhibitions in places such as Ravenna, Modena, Genova, Roma, Acireale, San Sebastian in Spain and Dhaka in Bangladesh. He also secured a couple of artistic residencies in Basque Country and Norway as well as had books published and working with companies from UNESCO in Ethiopia to Dead Meat clothing and also OnOff, a photo agency based in Rome.

Presently working in the field of sound, Giovanni's influence as a photographer lends itself perfectly to composing his sonic explorations. The infinte universe of sound is as long and broad as the visual possibilities available in photography.
His work with sound is based around this ethos as not only is there an infinite world of sound available to explore, there is also the wider capabilities unlocked through digital and realtime signal processing.

He has released only a few works, on Palustre records in the past and in 2012 releases are planned for Fratto9 and Impulsive Habitat.

WMfY stands for Weird Music For Yoga and whilst at first glance seeming conceptually odd, it is in fact quite simple. It is music composed for a yoga practice that Giovanni is performing in yoga schools.
It's "weird" because it is not related in any way to the kind of music you would normally associated with yoga, such as "new age" or "ethnic" sounds. Instead, Giovanni's take on it treads a darker path than what you'd normally relate to yoga and meditation.

It was performed using lots of sound sources and centered around a laptop. The sound pallette includes acoustic instruments such as a shruti box, two singing bowls, a kalimba processed through contact mics or dynamic mics, some "noise boxes" (hand made boxes made of different materials with a small speaker inside, placed around the room and controlled through DAW), analog effects and a mixer used to control each track.

This small work is compiled specifically for Audio Gourmet and fits perfectly with our original concept of fifteen minute EPs; it's not a fraction over or under fifteen minutes. Normally when Giovanni performs this music for the practice of yoga, everything is longer and more relaxed in time, yet for WMfY, everything was recorded at his studio with the timeframe constraints Audio Gourmet releases apply specifically in mind. Almost immediately an idea came to mind: as you may notice from the names of each track, they are loops. You can listen to each of them in loop and they will not have any end, this is why the start could seem strong in some way.
Perhaps they could be referred to mantras if you prefer although Giovanni prefers to distance himself from the word, instead calling them 'cycles'.
The work is best listened to at mid/low volume without headphones if possible, as this is the intended setting that the artist recommends for the best response.

So whilst this EP could be deemed too short for the practice of yoga itself, Giovanni Lami has cleverly woven in the capacity for them to be transformed into 'cycles' that are suitable for yoga sessions in the form of loops.
Listened to in their standard form, as an Audio Gourmet EP, it is indeed weird music for yoga since the period of relaxation is over all too soon...

All tracks written and produced by Giovanni Lami in early 2012.

Everything is played, edited and mastered by Giovanni Lami

special thanks to Musta for the stunning pictures and to Lia for believing in the project since the beginning.