by Seth Chrisman and Darren Harper 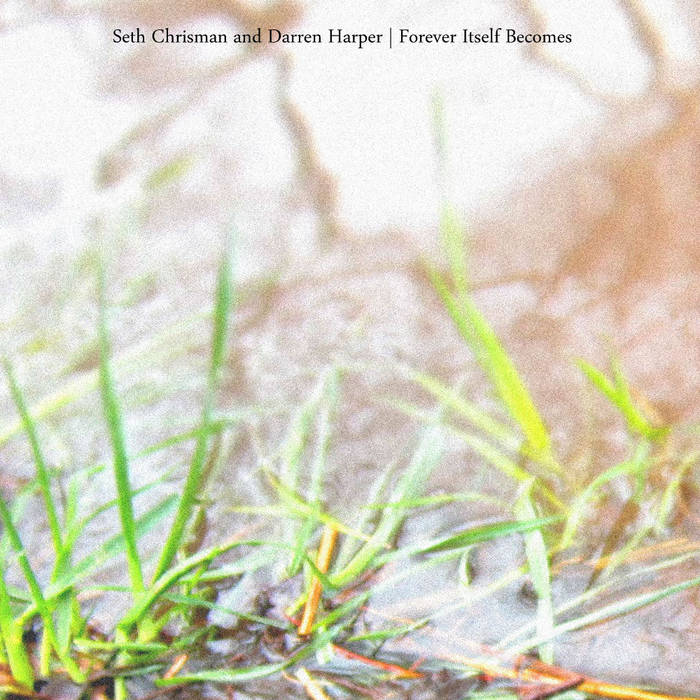 Forever Itself Becomes is the debut collaborative output from ambient sound design artists Seth Chrisman and Darren Harper. After discovering each other's works online, the two quickly realized the potential for a cohesive musical collaboration, and set forth to see how such an experiment might unfold. Forever Itself Becomes is the result, and marks the beginning of many more such experiments.

Both have featured on Audio Gourmet in the past - Darren's EP 'Momentary' was only our second release, back in May 2010 and Seth is responsible for this year's 'Celestial Bodies' EP, under his main artist alias Widesky.

Aside from these two previous EPs, both artists have been working hard over the last couple of years towards expanding their discography. Darren's work has graced several labels, including Rural Colours, Twisted Treeline, Childrenplay Records and Earth Mantra. Seth's previous work as Widesky has emerged from labels such as Rural Colours and Pocket Fields.

Together, these two artists have created a rich and enveloping wall of sound that is awash with subtle droning nuances.

More solo output is planned for the new year from these two artists but we hope you enjoy their first collaboration, which is hopefully the start of something great...

*special thanks to Rowan Harper for toy xylophone and triangle on track one.