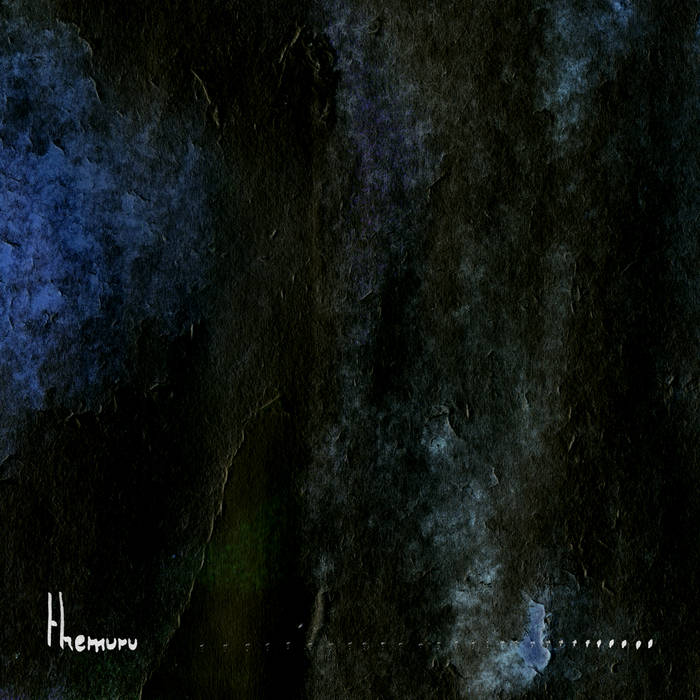 Enter the dark and mysterious presence that is themuru, an audio/visual artist duo from London, UK.
We became aware of this artist back in February after receiving an email from them expressing interest in releasing an EP on Audio Gourmet. To introduce us to their sound, we were sent a link to this album:
themuru.bandcamp.com/album/re-syvrtso-seudoteol

We never looked back...

The EP is finally ready for release today and it is a seamless blend of dark territories with rare glimpses of light amongst a deluge of blackness. Now that summer is drawing to a close, it is perfect for the colder months that lie ahead.
The EP titles are in a language that seems as unfamiliar as the bleak fifteen minutes that they represent. It seems that little is known about themuru and after attempting to conduct some research, I am at a complete loss.
The stance of remaining inconspicuous has often been adopted by artists, particularly in the ambient field. It has been suggested by some that this is due to sheer laziness.
This is certainly not the case with themuru...

The ambiguously titled '....' EP is so intricately put together and so cleverly done, that it stands as a real testament to the quality of this artist's work. Coupled with a stunning set of bonus images (one for each track, included as a PDF in the download folder), it's clear that Themuru takes great pride in his work and allows it to be his sole representative, rather than a collection of words and clear conceptual ideas.
'....' is saying 'take this EP, allow it the time and space to sink in. Apply to it your own concepts and thoughts.'

It must be pointed out that whilst the fifteen minute EP has been split into separate tracks to suit our release guidelines, it is best enjoyed with gapless playback. themuru has composed the whole EP as a seamless blend of the four pieces and it works best when listened to in this fashion.

Written and produced by themuru
Artwork and PDF booklet by themuru