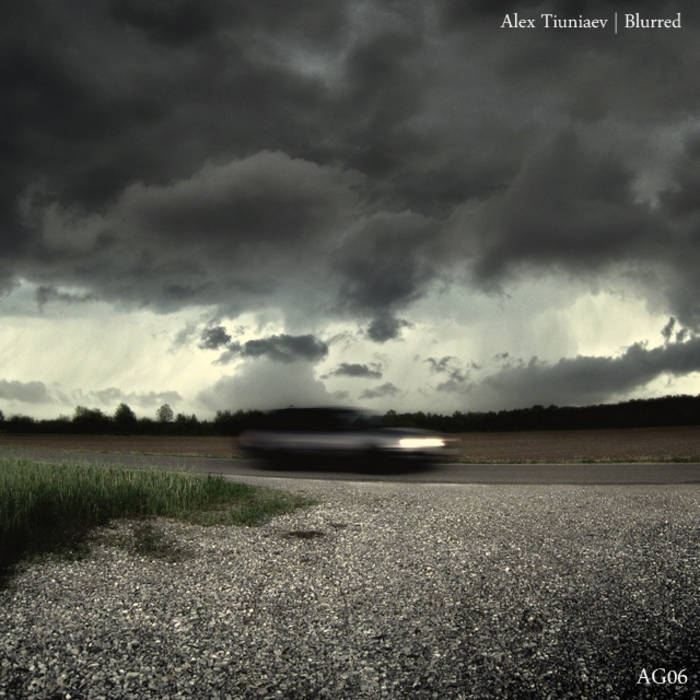 For the first full artist album on Audio Gourmet that isn't
Spheruleus, we welcome back Alex Tiuniaev, a Russian composer who
composed a four track EP for our netlabel section called 'On The
Elusive Nature Of Time' back in May this year.

He has been working on 'Blurred' on and off for the last couple of
years and finally it is complete, ready for all to hear. It blends his
piano compositions with field recordings, strings, drones and other
sounds into an altogether majestic and arresting short album.

Alex started composing some early pieces to what would eventually
become Blurred in the summer of 2009. He had initially finished
working on this project in late autumn of that year and abandoned it
for quite some time. He finally picked it up again in the winter of
2011, remixed some of the tracks, completely reworked some of the
earlier ideas and came up with this finished version in May.
“Daylight” is the only track that features a live string section,
recorded for Celeste Terrell’s song Angels back in 2009. He then
edited each instrument’s part and randomly placed them, overlaying
with beautiful sweeping pads. The result was so unlike the original
composition and what’s more, Alex can scarcely remember having
composed it at all! It was more like a dream channeled through his
computer, occuring from nowhere.
“We Were All Fishes Once” is influenced by Nyman’s film scores and
Philip Glass’s solo piano compositions, while “Lost in Tokyo” is an
attempt to create an atmosphere of overcrowded city filled with neon
lights, similar to that you see in the film Lost in Translation.
“Origins” is an attempt at creating a purely cosmic ambient piece and
the only track that could have been at home on his previous release,
“Somewhere in the Open Country”.
“The Wild Winds Weep” and “The Human Abstract” are two simple piano
pieces inspired by William Blake’s poetry, while the last track, “The
King” is his own small tribute to Michael Jackson and his songs that
were probably the main reason he grew to love music so much. It was
composed on the sad day of 26 June, 2009 although the track itself is
filled with both sorrow and hope, much like the singer’s life.

There is a video for the track 'Daylight' by Shantamo Art here on Youtube:
www.youtube.com/watch?v=wgLNRkrNeJs

"Alex wants to thank Harry Towell for making
this happen and John Luttrell for his ideas, inspiration and support"