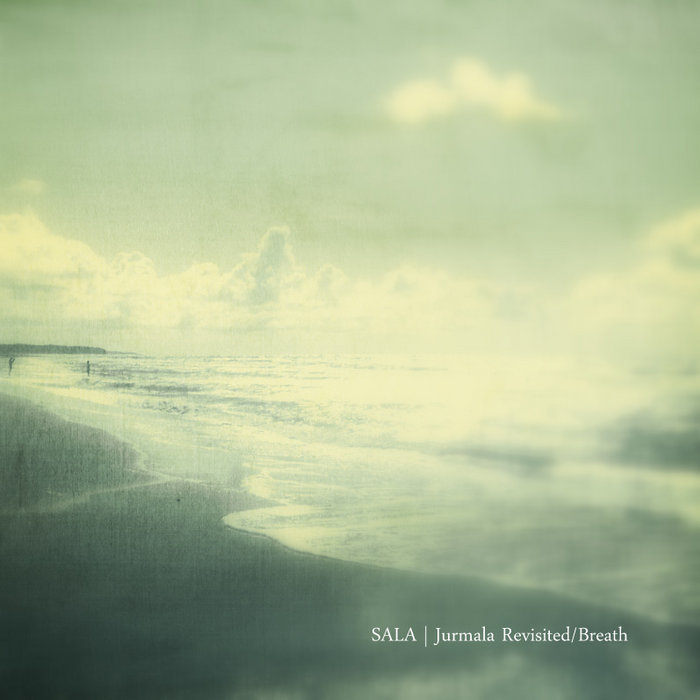 Lithuania based artists SALA have been recording one way or another for well over a decade. Through several CD releases out on various labels, SALA as a collective have expanded and contracted its members over the years.
Currently SALA is a one man recording operation, with Audrius Simkunas at the helm. Occasionally for live performances, other members are called upon to lend assistance.

The most recent body of work that some of our listeners may be familiar with, is a four piece set called '4 Waters' for the Green Field Recordings netlabel collection. To supplement this, SALA present a fifteen minute EP of field recordings based material here on Audio Gourmet.
'Jurmala Revisited/Breath' was recorded on the beaches of Jurmala and Ventspilis in Latvia. The sea in Jurmala played a vital part in 4 Waters, in the recording undertaken for it during 2010, so Audrius decided to visit again in July 2011 for another session.
On return, he noticed that the sea was not as calm as in the year previous and also, there was a live jazz band performing at a nearby cafe.

Jurmala Revisited/Breath documents SALA's return to the shores of Latvia, as a sort of audio postcard. The cover photography was taken during the trip and has been treated to look like a fading memory. There are two images, one for each piece. The first is hazier and more feint, suggesting a distant recollection of events, whilst the second image is slightly clearer, as if the memory has been jogged during a listen to this EP.

You may not have been present, but you too can feel a part of the events as the sounds unfold in your ears...

SALA have recently set up a blog to offer further coverage into their work. Please visit for more information: alas23.blogspot.com