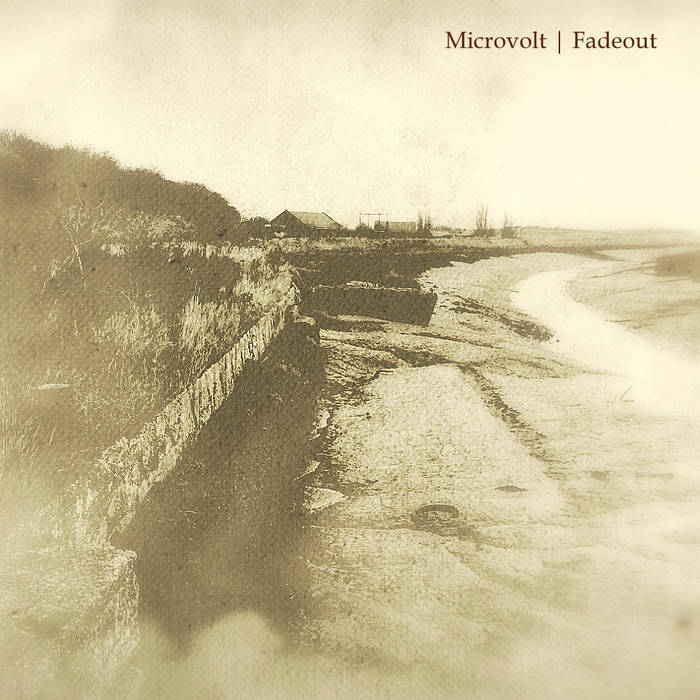 Brian Bourassa Each time I listed to this album I feel I am in the midst of a wonderful lucid dream. It is calm, peaceful, and reassuringly beautiful. Favorite track: Reformation 8.

We're excited to announce a debut release from an artist we recently discovered through social networking called Microvolt.
With this short three piece EP called 'Fadeout', Paul Randall from Kent, UK introduces his first release of any kind.

The music of Microvolt was initially intended for Paul to enjoy for himself, both through the production process and in listening back. It was through social networking and Adam 'Finglebone' Varney that we discovered his music and we just had to work with him. His evocative video for 'Reformation 8' really grabbed us - you can see it for yourself here, on Paul's Youtube channel:
www.youtube.com/watch?v=t4saSmxe7j8

Paul has always enjoyed and experimented with music; it has been his one and only passion since before he can remember and his influences are widespread as a result.
Paul began to make music as a young teen having been inspired by his love of synthpop. Through his years of recording and experimenting, today we land at 'Fadeout' an EP conceptually themed around tuning into the past.
With its overridingly lo-fi aesthetic which was applied by the use of vintage equipment and additional crackle and hiss, Fadeout intends to view the echoes of people and places from the days gone by.

The EP consists of three tracks, each with an accompanying image. These were taken by the artist within his locality. For the cover, an old decaying barge is at rest in a dissolving formally busy wharf on Milton Creek. Additional editing techniques were applied by us to help accentuate the antique feel to the music and concept for this marvellous debut EP.