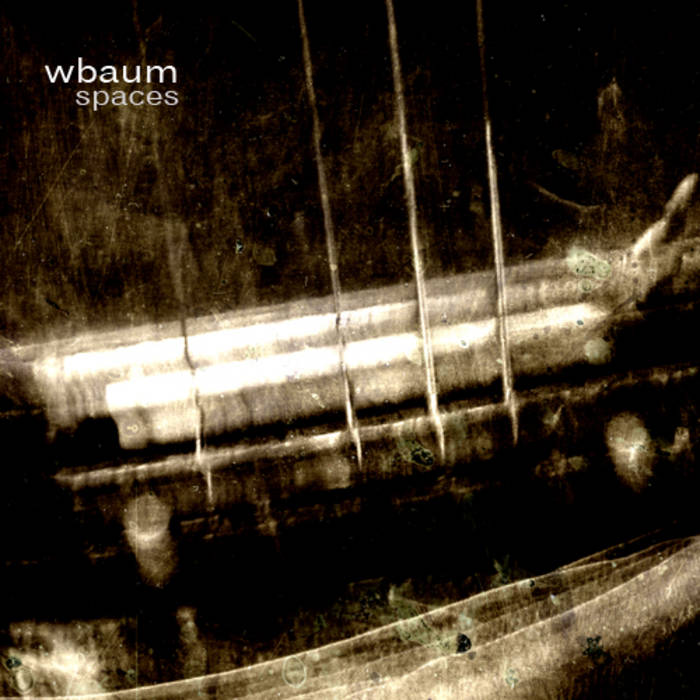 Brian Bourassa A six-pack of minimalistic quiet and spooky drones.

Wbaum is the solo project of musician and producer Claus Poulsen who works with laptop, turntables, guitars, field recordings and other sound sources. His output from this can sit anywhere within the blurred boundaries of electronica, ambient, noise and pop.

Having played in many bands, most notably 8 years of noise improvisations with Alarm112, he decided to make music on his own under the Wbaum moniker(pronounced "wunderbaum").
So far it is just the CD/LP 'The Wonderful World Of...', released on Elektrolyt in January 2010 that comprises his discography. He now adds to it via Audio Gourmet, with this short set of guitar experiments called 'Spaces'.

His journey as an artist is very much an on-going process and he prefers to experiment with sound and texture in an improvised fashion, with a loose goal of gradually honing his craft over the months and years that lie ahead. Claus is constantly pushing himself in different areas and experimenting with ideas in search of something new, unexpcted or accidental.

After immersing yourself in these six short but atmospheric movements, it might strike you that Claus's sound is remarkably refined for someone who has only had one other solo release under his belt. It's perhaps largely attributed to the ten releases he has racked up alongside Henrik Bagner as Small Things On Sundays...(see AGN016). The duo have been going since 2008 and their sound is sculptured from dark and cavernous ambient drones and noise textures.

Aside from music, Claus is keen on photography and intends to produce cover artwork under the name Artwerk. This is mostly for his own releases, although he would consider working with other artists on this as a sideproject if any interest were to arise