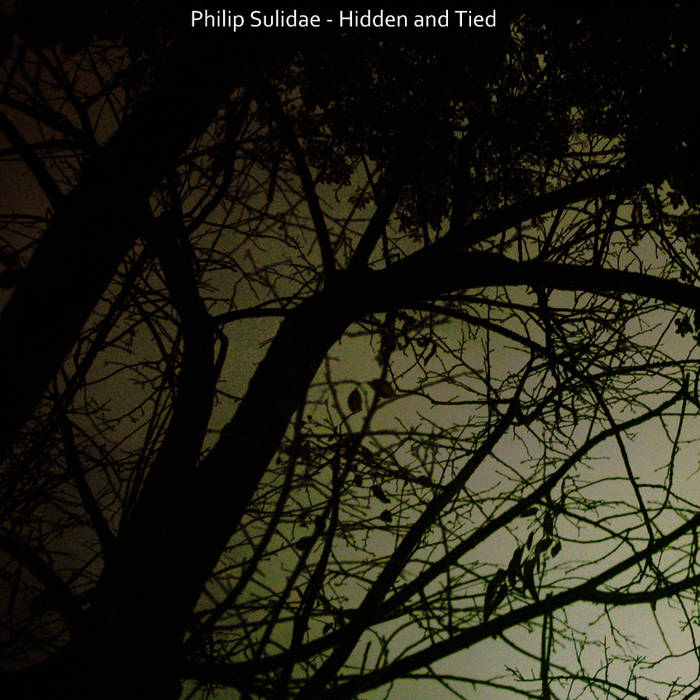 Philip Sulidae is a sound artist from Sydney, Australia who is steadily increasing his profile within the scene, thanks to his magnificent sound design.
His compositions typically comprise of densely layered dark drones, punctuated by an array of field recordings.
He has previously released music on Audiotalaia, Ripples Recordings, Dontcaresulidae and now with 'Hidden and Tied', he provides us with 15 minutes of free music here on Audio Gourmet.

'Hidden and Tied' opens with 'Autumn In Town', a mysterious and stormy multi-layered drone piece that is so typical of Sulidae's work. 'Rotten Wood and Clothes' somehow manages to yet further build the tension of this gradual and eerie record.
The EP closes with the slightly more tonal 'Forgetting What's Been Lost', an immersive and slowly unfurling closing piece that brings a shrill calm to this brooding 15 minute record.

This is a stunning example of the kind of quality we intend to keep bringing to you via Audio Gourmet. Philip Sulidae is an artist of the highest calibre and we expect great things from him through the future as he further hones his craft.

He has recently put together a mix of just over half an hour's music, as a transmission of murky drones for Play My Tape. It is a mix equally as exquisite as Philip's EP for Audio Gourmet and is the kind of mix that will have you going back for repeated listens: